The Dangers of Cell Phone Addiction

Home » Our Blog » The Dangers of Cell Phone Addiction 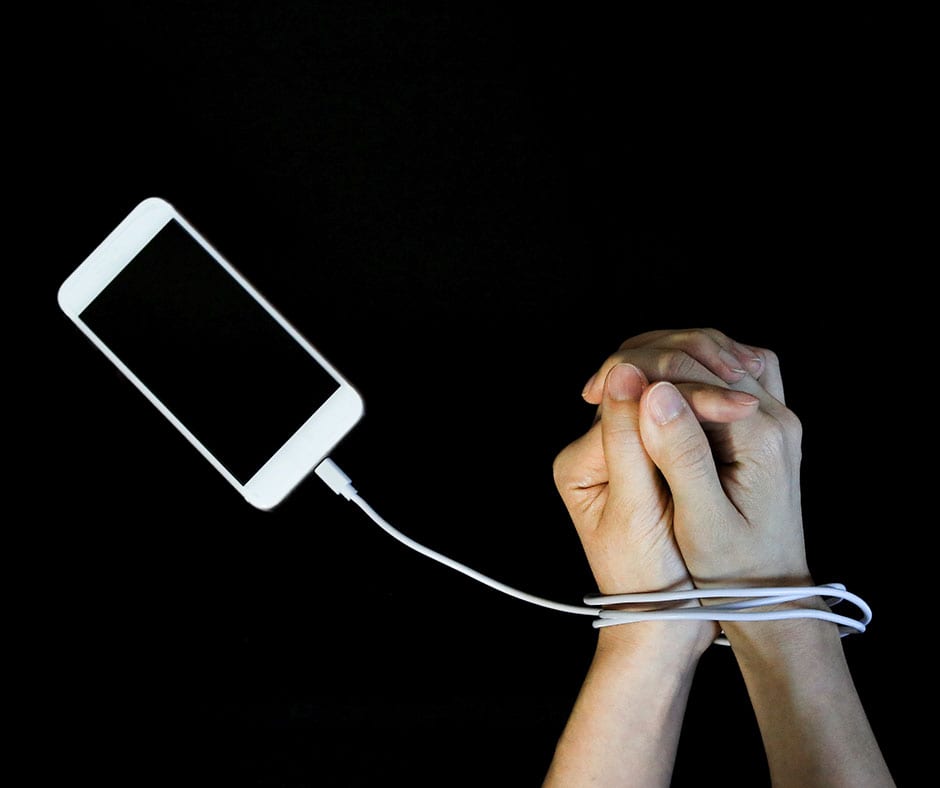 What do all addictions have in common? What behaviors qualify as addictive? When does recreational habit cross that invisible line into addiction which there is no return? What are the dangers of cell phone addiction?

How Tech Addiction Relates to Alcoholism

Alcoholism is an addiction to the consumption of alcoholic liquor or the mental illness and compulsive behavior. The “Big Book” of Alcoholics Anonymous written by Bill Wilson describes alcoholism as, “If when you honestly want to you find you cannot quit entirely or if when drinking you have little control over the amount you take you are probably alcoholic. If that may be the case, you may suffer from a mental illness that only a spiritual experience can conquer.”

Tech Addiction is on the Rise

We are seeing a significant trend in video game addiction and even more so in cell phone addiction. A 2017 study published in the journal Child Development compared teens from the 70’s, 80’s and 90’s, and found today’s teens are taking longer to engage in both the pleasures and responsibilities of adulthood. The author of this study found that (the slowing of teen development) was primarily because of the cell phone and tablet engagement. Being on social media; Instagram, Facebook, Snapchat, etc., children don’t feel the need to leave their home.

Research estimates that 78 percent of teens check their phones at least hourly, it may be difficult to decipher whether or not your child is truly addicted to their phone but when it interferes with school or their mood and temperament, you know they have a problem.

According to an online security company AVG Technologies, 54 percent of kids think their parents check their devices too often and 32 percent of them “feel unimportant” when their parents are distracted by their phones. Here are some tips for parents who want to limit their children’s screen time.

I came out of the womb with what I believe to be the addictive gene. I was born with it. Anything that will make me feel good, I will do in excess until I get in enough pain from excessively engaging in destructive behaviors, then I will ask for help on how to stop. I’ve struggled with alcohol and drugs mainly, but my addictive tendencies spiral out into other areas as well. I have always been someone who strives for human connection and to feel present and in the moment. Drugs and alcohol did that for me initially but soon had the opposite effect. As I was researching this article, I did not identify as a cell phone addict until I took this test. I failed miserably and found out I am too addicted to my cell phone.

Since working in the treatment industry, I have noticed something unsettling: a severe dependence and obsession with cell phones. It is terrifying how dependent both adolescents and young people are on their phones. As soon as I get home from work, all of my roommates are sitting in the living room, seemingly interacting, but actually, all staring at their phones. It is a struggle for people to put their phones away even for an hour and what is sacrificed as a result is the human connection. No wonder our children have anxiety and depression.

It’s no wonder they struggle with social interactions and making friends. No wonder they are unable to launch or work – because their human to human skill building is nonexistent. People only need to communicate through a screen. How could it not be? It is the norm now. The standard is to be on your phone all day, making work calls, the model is to check Facebook when you have a moment of downtime. The norm is to text people who are in the other room instead of getting up and walking and having a face to face conversation. People are disconnected, isolated and out of touch – people that are sitting right next to each other.

How do we break this dependence? How do we treat this as an addiction just as severe and just as unhealthy as an addiction to heroin or meth? How we help support one another in understanding that isolation and disconnection impact interpersonal relationships and social skills. How often have we noticed when we speak to someone, and they’re on their phone and don’t even look up at us? I think the change needs to happen with us. We cannot expect our children to mirror and model something unless we are as well.